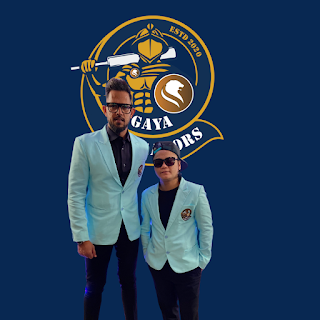 Ruel who came from Phillipines in the year 2000 to make his name in Bollywood, achieved immense recognition and awards for his choreography for the film ‘Jagga Jasoos’.

Capt. Rashid Ali Khan, CEO & Owner, Significant Sports and CEO & Co-Owner, Gaya Gladiators – I came to Ruel through common friends and realized that he is a guy who loves to promote new talent and give them an opportunity to perform on bigger platforms. He was also very keen in Cricket and wanted to learn more about it. So when I approached him for this, he was more than happy to come on board.

Ruel Dausan Varindani, Co-Owner, Gaya Gladiators – I have learnt that you can see further when you stand on the shoulders of giants, literally & figuratively. Rashid and I have a height gap of nearly 1.5 feet so you know what I mean. (he laughs)

But on a serious not, Rashid is a very nice and hardworking man who has many years of experience in the world of Cricket and its business. Also, being at the helm of many leagues, he knew what he was talking about. I was immediately convinced to be a part of this venture and his operations team is also very strong.

With a talented young squad, led by Sanjay Kr Singh, the Gaya Gladiators will be looking to make a big impact in the first edition of the BCL (Bihar Cricket League).

They h
ave been the frontrunners across various sports verticals, therefore being a one-stop shop for everything in and around sports.