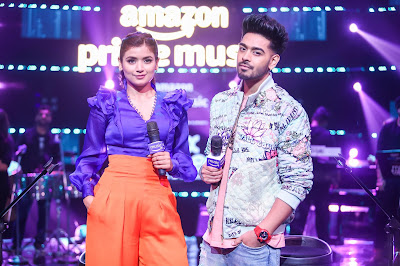 Mumbai, October 31st, 2019:After its stupendous run in previous seasons of MixTape Hindi and Punjabi, amounting to 1.2 billion views, music lovers are in for a treat as T-Series MixTape Punjabi Season 2 is all set to premiere with its first episode on YouTube on November 4th. Presented by Amazon Prime Music, the music property which showcases a unique mix of two songs has been lavishly produced by T-Series Chairman and Managing Director Bhushan Kumar.
Ace director duo, Radhika Rao and Vinay Sapru, who have in the past 20 years helmed more than 200 songs and music videos, have directed the 11-episode musical spectacle. All tracks of T-Series MixTape Punjabi Season 2 will be available first on Amazon Prime Music for Prime members to enjoy, giving listeners an ad-free, voice enabled listening experience.
The T-Series MixTape Punjabi Season 2 promises to bring to you some of the most renowned, accomplished Punjabi singers of today when the season 2 of musical web series launches on November 4th on YouTube. Each episode promises the highest entertainment quotient for viewers and listeners, juxtaposing two songs in a unique manner. Keeping its essence of taking two songs and amalgamating the sound and lyrics in an unimaginable way, the listener is bound to be pleasantly surprised with the emerging harmony `achieved by the merging of the two songs. A lot of thought and care has been put in by the creative team of Raj Chanana, Sonal Chawla and Shivam Chanana under the guidance of Abhijit Vaghani who has re-modelled the music of all the earlier seasons of MixTape as well the music of T-Series MixTape Punjabi Season 2 presented by Amazon Prime Music.
Chairman and Managing Director of T-Series Bhushan Kumar says, “In T-Series MixTape Punjabi Season 2, we have upped the entertainment factor. We have given a different twist while shooting MixTape Punjabi Season 2 to make it appealing for a younger audience. The look and feel of the new season is a lot more international and extremely fresh. Oh, yes and it’s going to be a lot groovier. I am very excited to present this new seasonto the audience.”
Sahas Malhotra, Director, Amazon Prime Music, said, “After our successful collaboration with T-Series for MixTape Hindi Season 2 early this year, we are very excited to work together again and present MixTape Punjabi Season 2 for our Prime members. All songs will be exclusively first on Amazon Prime Music for Prime members to enjoy this superstar, superhit season of creatively recreated Punjabi hits ad-free with unlimited offline downloads.”
Vinay Sapru and Radhika Rao, the directors of the musical series informs,“T-Series MixTape Punjabi Season 2 is going to be a light and sound extravaganza, which brings out the lyrical content of the song and the mood of the song through every instrument that is played in the song. Most importantly, it will bring out the personality of every singer. Every person who will watch T-Series MixTape Punjabi Season 2 will feel every moment that the singer and the musician felt while rendering the song. They will feel every emotion that he or she shared with the co-singer or the co-artist.”
AbhijitVaghani, the music director of the series adds,“We have a lot more upbeat tracks coming up this time, featuring new artists and tracks from the Punjabi music industry. We have experimented a lot with music arrangements to give our audience a new listening experience. This time, the new directors along with the dedicated team of T-Series have given a new concept and colour to the series.”
The series will showcase performances by Guru Randhawa, Tulsi Kumar, Sukh E, Neeti Mohan, Millind Gaba, Dhvani Bhanushali, Hans Raj Hans, Navraj Hans, Yuvraaj Hans, Ranjit Bawa, Harshdeep Kaur, Akhil Sachdeva, Kaur B, Meet Bros, Jonita Gandhi, Kanika Kapoor, Ninja, Inder Chahal, Asees Kaur, Jordan Sandhu and Palak Muchhal.
T-Series MixTape Punjabi Season 2 will kick off on November 4th on the T-series YouTube Channel and the audio will be available first on Amazon Prime Music. 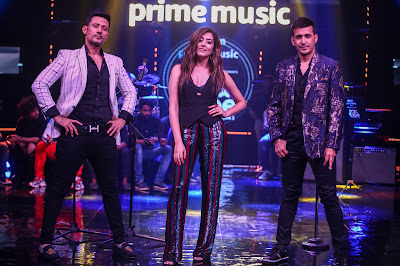 About Amazon Prime Music
Amazon Prime Music reimagines music listening by enabling customers to unlock tens of millions of songs, ad-free and hundreds of curated playlists and stations with their voice. Amazon Prime Music provides unlimited access to new releases and classic hits across iOS and Android mobile devices, Desktop, Fire TV Stick,  Echo, and more. With Amazon Prime Music, Prime members have access to ad-free listening as a Prime benefit at no additional cost to the annual membership of INR 999/- and monthly membership of INR 129/-. Amazon Prime Music includes tens of millions of songs across major International and Indian music labels in over 20 languages including Hindi, English, Tamil, Telugu, Punjabi and multiple other Indian languages. Engaging with music has never been more natural, simple, and fun. For more information, visit www.amazon.in/amazonprimemusicor download the Amazon Prime Music app.About T-Series
T-Series, India’s No.1 music and film company, is a multi-product and multi-functional diversified group, having a tremendous track record in the field of music and film production, consistently growing from strength to strength. Over its more than 30-year history, it has transformed into a 21st century multi-crore media and entertainment conglomerate.
As a leading music label, it has always been at the cutting edge of popular Hindi and regional commercial music. T-Series’ YouTube music channel is the No.1 YouTube channel in the world and is the most subscribed Indian-language YouTube channel globally. The channel has the largest subscriber base on YouTube in the world. The music company has ventured into acquiring soundtracks and new media IPs across platforms such as mobile, on-line digital, IPTV, FM and satellite radio.
As a leading film studio, T-Series has produced successful and award-winning films such as Tumhari Sulu, Hindi Medium, SonuKeTitu Ki Sweety, Raid, SatyamevaJayate, Bharat, Kabir Singh, Batla House among others. T-Series now produces 10 to 18 films annually.
Posted by Bharat Jesrani at 05:26