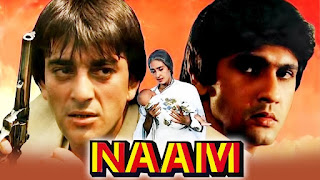 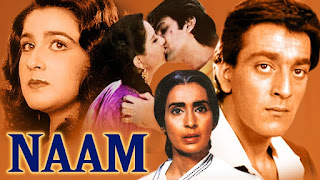 A blockbuster direction with terrific trio

A live-in relationship in 80s? It had to be a bold romantic love story

Naam marks a huge milestone in Sanjay Dutt's film career and the history of Bollywood cinema. Ravishing actor Amrita Singh also made a perfect on-screen pairing with Dutt where they were shown to be in a live-in relationship. Isn’t that quite bold for 80s Bollywood? If you are someone who adore Bollywood romance, you definitely can’t afford to miss out on this unusual love story.

Even after 35 years when we hear this magical song “Chithi Aayi Hain”, we get goosebumps. The melodious song still strikes the right chord no matter how old you are. On top of it, watching Sanjay Dutt’s phenomenal acting in the song would certainly make you teary eyed and go back down the memory lane recalling your loved ones.

If you haven’t watched the film yet, catch it on Sony MAX2 on 30th April at 7 PM.