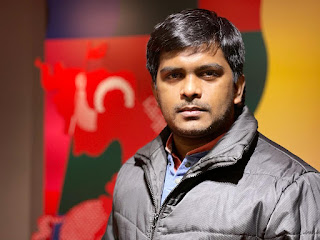 The Malayalam language film, “Santhoshathinte Onnam Rahasyam”/ “Joyful Mystery”, which had its international premiere at the Moscow International Film festival had very positive responses after the two screenings at the festival.

The film, which is written and directed by Don Palathara had its screenings in the main competition at the prestigious Moscow International Film Festival. Along with the talented Rima Kallingal and Jitin Puthanchery, Neeraja Rajendran also dons a role in this film.

“Santhoshathinte Onnam Rahasyam” is one of the fourteen films selected into competition section of the festival and the only film from India. Moscow Film Festival is one of the top film festivals in the world with an accreditation from FIAPF. Joyful Mystery is Don’s second film which is getting selected to this festival. Don’s previous film, “1956, Central Travancore” was screened in the previous edition of the festival that happened in October 2020.

The film shows the story of a car journey that Maria, a young journalist and Jitin, an aspiring actor take together to a clinic. The relationship drama explores the intricacies of their relationship with each other and with the society. Earlier in February, the film was screened in IFFK. The film, which is shot in one long take has attracted critics’ attention even before the release. The veteran film critic Kirill Razlagov commeted that it is a film about contradictions in the life and culture of Kerala. Olga Artemyev observed “This(film) is a clear setback of the patriarchal canon, in which physiology – and especially that of women – traditionally isn’t a common topic of discussion”.

After the successful screenings at the festival, the film is also chosen to be screened on Russian federal TV as a part of their curated cutural program.

In 1973, Adoor Gopalakrishnan’s debut film, Swayamvaram was screened in the competition

category of MIFF. The festival is happening physically from April 22 to 29th this year. Along with the filmmaker the producer of the film Shijo K George is also attending the screenings in Moscow.