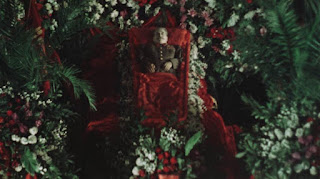 Moscow, March 1953: in the days immediately following the death of Joseph Stalin, countless citizens flooded the Red Square to mourn their leader’s loss and witness his burial. Though the parade of pomp and circumstance was captured in detail by hundreds of cameramen, their footage has remained largely unseen. Working from several hours of this revelatory archival material, now stunningly restored, master filmmaker Sergei Loznitsa (The Event, The Trial) has crafted one of his most astonishing nonfiction achievements. An immersive recreation of a key moment in Soviet history, State Funeral presents an all-too-timely commentary on the terrifying absurdities inherent to totalitarianism and the cult of personality and will be showing exclusively on MUBI. 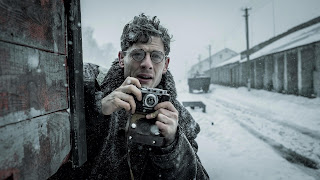 This biographical thriller by Agnieszka Holland loosely tells the story of Gareth Jones, a journalist from Wales, who uncovered the truth about the Holodomor, the devastating famine in Ukraine in which millions died. In March 1933, Gareth Jones takes a train from Moscow to Kharkov in Ukraine. He disembarks at a small station and sets off on foot on a journey through the country where he experiences at first hand the horrors of a famine. Everywhere there are dead people, and everywhere he goes he meets henchmen of the Soviet secret service who are determined to prevent news about the catastrophe from getting out to the general public. Stalin’s forced collectivisation of agriculture has resulted in misery and ruin; the policy is tantamount to mass murder. Supported by Ada Brooks, a New York Times reporter, Jones succeeds in spreading the shocking news in the West, thereby putting his powerful rival, the Pulitzer Prize-winning, pro-Stalin journalist Walter Duranty, firmly in his place.

DEATH WILL COME AND SHALL HAVE YOUR EYES

Directed by José Luis Torres Leiva, Chilean drama Death Will Come and Shall Have Your Eyes follow the tale of two women who have spent their whole lives together and must deal with the illness affecting one of them. The sick woman decides not to have treatment and they move into a cabin in the woods to wait for the day that death will come into their lives. The situation sees the resurfacing of the love that time had buried under the routine. Gradually their relationship will strengthen as death bides its time outside the cabin.

Death Will Come And Shall Have Your Eyes - May 19 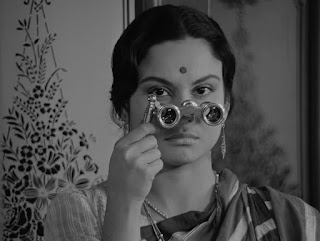 To celebrate Satyajit Ray's birth centenary, MUBI is proud to present a small retrospective of his much admired works. Opening the retrospective is Ray's iconic film Charulata. Based on a novella by the great Rabindranath Tagore, Charulata is a delicate tale of a marriage in jeopardy and a woman taking the first steps toward establishing her own voice. This drama is set in the late nineteenth-century, pre-independence India, in the gracious home of a liberal-minded, workaholic newspaper editor and his lonely wife, Charulata. When her husband’s poet cousin comes to stay with them, Charulata finds herself both creatively inspired and dangerously drawn to him. 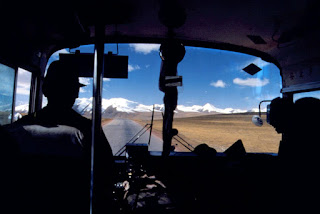 A STRANGER IN MY NATIVE LAND

A Stranger in My Native Land is the poignant and personal account of filmmaker Tenzing Sonam’s first-ever visit to his homeland. From the far reaches of Amdo Province, where Tibetans have lost their language, to Lhasa, the heart of the country, the film captures his meetings with long-lost relatives and conveys a sense of the desperation of Tibet as a country under occupation.

A Stranger In My Native Land - May 6

MUBI is a curated streaming service. An ever-changing collection of hand-picked films. From new directors to award-winners. From everywhere on earth. Beautiful, interesting, incredible movies — a new one, every single day. Always chosen by us. MUBI is available to watch in 190 countries, and the films we pick are guided by local cultures and cinema. We are the world’s biggest community of film-lovers, with over 10 million members around the globe. You can stream or download all our movies, anytime. On any screen or device, anywhere. And you’ll never see a single ad on MUBI. Ever.

MUBI also produces and theatrically distributes ambitious films by both emerging and world renowned filmmakers, which members can see exclusively on its service.

Subscription plans are INR 499 a month or INR 3,588 for 12 months. MUBI is available on the web, Roku devices, Amazon Fire TV, Apple TV, LG and Samsung Smart TVs, as well as on mobile devices including iPad, iPhone and Android.